Google Services is the company’s current cash cow and only profitable segment. This segment comprises the advertising businesses: Search, Youtube, the Google Network business; as well as the hardware business: Pixel, Nest and Fitbit.

Google started with one main service, its Search Engine. The term “Google” has become synonymous with searching for things on the web, and rightly so – Google Search has over 90% of market share in the search engine market – it is one of the strongest complete monopolies in the world. Google Search makes money by displaying ads on search results. For example, when I search for a Bike on Google, it displays ads of shops selling bikes near my location:

Since Alphabet doesn’t explicitly state the margins for the search business and instead lumps it with all of the other Google Services, we used a 2010 annual report as a proxy for the margins of this business. In 2010, almost all of Google’s revenues and income came from the search business. During this period, the company had high gross margins of over 60%, and great operating margins in the 35% range. It is not unreasonable to assume that Search continues to have those great gross margins today, and even better operating margins due to the operating leverage that comes with the scale that Alphabet has achieved.

Surrounding Google Search, Alphabet built up an ecosystem of other products. Perhaps one of the greatest acquisitions ever, Youtube was acquired for just $1.6B in 2006. Today, Youtube makes $28.8B in annual revenue. Assuming 35% operating margins (slightly below the 38.6% average of the entire Google Services segment), Youtube made $10B of operating profits in 2021 alone. The business has also grown revenues at a 37% compounded annual growth rate since 2017. Therefore, it is fair to forecast mid teens growth over the next 5 years. When considering mid teens revenue growth, as well as the moat of the business (youtube is the largest video streaming service in the world by far and benefits greatly from the network effect of creators and viewers), then a Price to Earnings ratio (P/E) of 25 for the Youtube business is very reasonable. This means Youtube is worth $10B x 25 = $250 billion today. From 1.6B to 250B in 15 years, that’s an annualized return of 40%.

Apart from the profitability of Youtube as a standalone company, it has synergies with Alphabet’s other Google businesses. Youtube must be signed in with a Google account, which then brings users into the entire Google Ecosystem. From there, it becomes very likely that users go on to use the plethora of Google’s many other products: 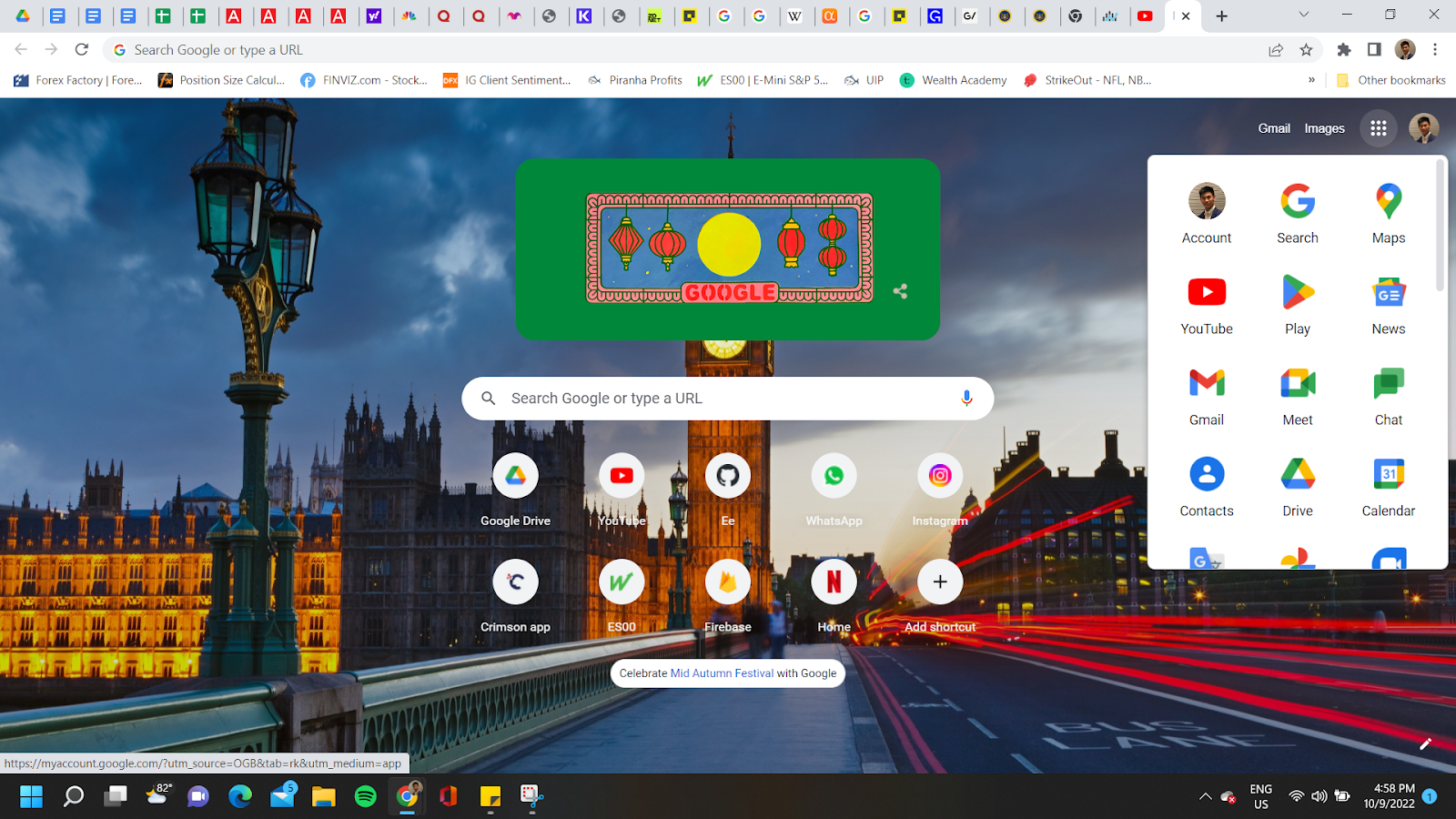 While Youtube is used as an example, all these other services achieve the same goal of bringing users into the ecosystem, and many of them are profitable as well.

Google Other is the only non advertising segment in Google Services. This includes the Google Play store business, Youtube TV and Youtube Premium, as well as the hardware business: Google Pixel, Google Nest, and FitBit. Google Other has comprised around 10% of total revenues for the past few years now.

Google Play is likely the biggest chunk of this segment. It was revealed through an antitrust lawsuit against Alphabet that in 2019 they made $11.2B in revenue from the play store, had 75.8% gross margins, and an impressive 62% operating margin. This is a remarkably profitable business and it makes sense why Alphabet never publicly released its margins for the Play Store and hid it in a segment with its lower margin businesses. A big reason behind the high margins is because Alphabet was taking a 30% cut of all microtransactions in apps downloaded from their play store. Since then, they have announced that they would reduce that 30% cut to a 15% cut for the first million in revenue. On the surface, this seems like a massive cut. However, if we consider that most of the billions of revenues come from just a select few apps, what may seem like a 50% cut is likely only a single digit hit on the play store’s revenues.

Regarding the YoutubeTV and Youtube Premium businesses, these are rapidly growing segments that have massive profit potential in the future. YoutubeTV recently reached 5 million paying and trial subscribers, a significant  increase from 3 million paying subscribers in the third quarter of 2020. Youtube Music and Youtube Premium have reportedly also broken the 50 million user mark in terms of paying and trial subscribers. It is very likely that these businesses are currently operating on low or negative margins because similar music streaming services such as Spotify are still unprofitable. However, the potential here to build a constant recurring source of revenue via subscription is extremely important for service based companies, where Google has done a fantastic job. Subscription revenue is one of the more guaranteed forms of revenue and allows for prices to be raised quite easily.

Finally, we have the hardware business of Google Other. Alphabet does not specialize in hardware, and the products offered by them are not the market leaders in any of their segments. However, they are certainly competitive:

The hardware business may also be a long term play from Alphabet who may be hoping to divest their reliance on hardware companies like Apple for traffic. Currently, Alphabet pays billions annually to Apple in traffic acquisition costs. They do this to remain as the default search engine for Apple devices. If Alphabet is able to increase the popularity of their own hardware devices, they will be able to save on these traffic acquisition costs and increase the margins of their main search engine business, generating more profits

From a long term perspective, Google Cloud is a big part of Alphabet’s future. The cloud business is dependent 0n extremely strong secular tailwinds, and the cloud computing market as a whole is expected to grow at a CAGR of 18% until 2028. It has also proven to be a very profitable industry – Amazon Web Services started off with negative margins, but went to 22% operating margins by 2013, and reached 35% operating margins just recently.

Google Cloud is still losing money today, but these short term losses are not all that concerning. Given their position in the market, it makes sense that they have had to play catch up and a lot of their losses are likely due to making massive investments. The good news is that losses are decreasing (down from -$5.6B in 2020 to -$3.1B in 2021), and that Google Cloud is entirely subsidized by their high margin Google Services business. The $3.1B loss is only 3.3% of the Google Services total operating income.

One critique of Google Cloud is that it is third in a two horse race. That may appear to be true on a first glance, if one just looks at the market share numbers. However, Google Cloud has been carving out a niche for itself in the cloud market. They are well regarded as having the best Machine Learning and AI capabilities; likely from the decades of experience Google has had with refining their search and advertising algorithms. They are now using these AI and ML technological advantages to target technology driven companies. Additionally, Google Cloud has also been putting an increasing emphasis on Cloud Security as another way to court big companies and government contracts. Alphabet is serious about this segment’s potential, having just recently purchased Mandiant – a cloud security company – for $5.4 billion dollars.

Google has invested huge amounts of money into its services branch, and, being Google’s cash cow, has received quite a lot of returns from it as well. Although Google has received criticism for some of the services it provides, mainly regarding their high losses, these services are deeply integrated into several of Google’s larger projects, and are easily subsidized by Google’s more successful ventures.

Previous PostEconomy of TrustNext PostGoogle – The Best Business in the World?
0Shares

Google – The Best Business in the World?

What is Venture Capital (VC)?